Testosterone Boosting Ingredients – which should you look for?

Note to reader: originally this was going to be one article with a list of ingredients and perhaps a few words on each. On reflection, we wanted to offer a bit more than that. More detail on each, for one thing, and some scientific references so you can see the sorts of things we have to to read!

With that in mind, we expect this will be a multi-part run of articles. Hopefully they will help you when you come to making decisions about testosterone supplements. 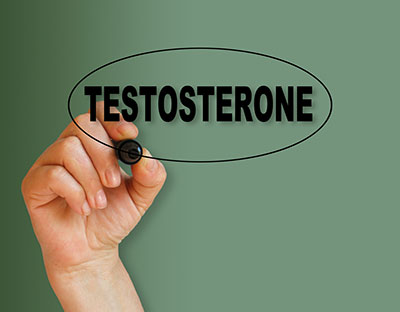 One of the most important hormones in the human body is testosterone. For both women and men, it is critical to many functions. Men however require about 10 times that of women.

In a way, it’s what defines us as men. And, like it or not, testosterone is integrated into so many aspects of male health, it is involved in almost every major function of your body, such as:

So, here’s a few of the ingredients – compounds which are often found in your diet and dietary supplements – which to some degree boost your testosterone levels.

Otherwise known as DHEA, there have been a lot of scientific studies on this one.

Perhaps the most pertinent of these studies would be on young active men; where 100mg of DHEA a day for 28 days increased testosterone levels in young male athletes between the ages of 19 and 22.

Young active men have the highest level of testosterone across the board, so you would think if their levels can be increased, DHEA must be the ultimate T booster.

However, it proves to be somewhat unpredictable as to the degree of its effects. Nonetheless, when it works, it is as powerful a natural steroid as can be found.

Is there anything creatine doesn’t do?

Perhaps one of the most studied substances in sports nutrition, there is a big knowledge base on creatine. It’s a simple link in the ATP chain which accounts for many of its benefits.(Adenosine Triphosphate; the fuel used by your body).

So wherever it is located; muscles, brain, testicles – it tends to get the job done.

Strength, power and muscle mass increases are a given with creatine, but we’re talking about testosterone, so…

One study involving amateur swimmers showed a 15% increase in testosterone after they loaded creatine.

Another study involving average males aged between 18 and 29 showed an increase in testosterone during an intense weight lifting program.

A popular ingredient in many testosterone boosting and sexual function products these days, the Tribulus plant has been thoroughly researched for its ability to enhance male performance in some way.

Despite the marketing hype, it is not the most effective at boosting testosterone, although scientific studies do support it to a degree.

In terms of sexual function, there is more weight behind the claims. A lot of guys are looking for just that, though those looking to pack on pounds of lean muscle using Trib might be discouraged.

It may still be a valuable addition to your intake though, and if it’s part of a multi-ingredient formula then it definitely can’t hurt. Besides there are bodybuilders who swear by it for muscle building.

This may be a result of the increased feelings of androgenicity (the physiological effect of testosterone increase) due to the rise in libido.

One study, with men that had low sperm count showed a 16% increase in testosterone. The study was looking at sperm count, erections, and stamina – all of which were improved also. A whopping 6g of tribulus was used though, so we can’t be sure what the effects of lighter supplementation would have been.

Click here to go back to the Testosterone main page