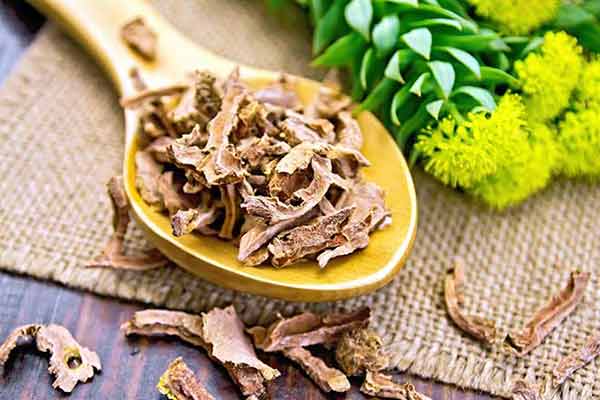 Rhodiola Rosea is a herb belonging to the adaptogen family. There are a number of these compounds in the natural world, and they all have similarities related to their health benefits.

Most have some kind of stress or anxiety reducing mechanism, which can be suitable for different applications.

When taken before a physically or mentally stressful challenge (such as an intense workout, or an exam), Rhodiola can reduce the effects of stress and anxiety, helping you to operate better and withstand the effects of fatigue.

Pre-workout supplements today often include this ingredient in order to boost physical and mental performance during intense exercise.

As a dieting aid, it can also reduce the cravings associated with emotional eating, or comfort food.

Mood and emotional well-being has much more to do with physical health and well-being than generations before us ever imagined. Supplements like this are fast becoming commonplace in a society that puts constant stress on its people.

Rhodiola Rosea – How Does It Work and What Does It Do?

Intervention studies, clinical trials and other scientific research has identified Rhodiola as one of the more potent adaptogenic herbs available to us.

Human studies involving military cadets, doctors, students and the general populace have shown without doubt that the compound can reduce the symptoms of stress, particularly fatigue, and help people perform/function better during it.

When taken as a daily dietary supplement, it can reduce food cravings by improving overall mood and reducing the effects of stress that calories controlled diets can cause.

It is also being investigated for a potential application as an anti-depressant.

The molecules responsible for the benefits are called rosavins and salidrosides, and the above mentioned research has even found a perfect ratio for these bioactive components to be used in.

Other shorter studies have shown that Rhodiola may even have the ability to reduce muscle damage following exercise.

Rhodiola Rosea – How Should You Take It?

The dosage range taken from research suggests between 50mg and 650mg per day of Rhodiola Rosea will activate some effect.

For fighting fatigue during stressful scenarios and as an everyday dietary supplement 50mg to 100mg appears to be a good starting point.
As a pre-workout, to elevate performance through fatigue reduction, improvement of focus and attenuation of muscle damage, 100mg is better.

Take 100mg in your pre-workout formula that contains other ingredients that will enhance its effect, such as vasodilators (muscle pump activators) and absorption enhancers (like black pepper).

An extract containing a ratio of 3% rosavins to 1% salidrosides is ideal.

Rhodiola Rosea may be displayed as SHR-5 (an extract of ther herb) or Golden Root, depending on how the company want to market it, and what supplier they used.

It is generally in powdered extract form either in capsules or pre-workout drink powders.

Does Rhodiola Rosea Cause Side Effects?

The scientific literature is consistent in saying that Rhodiola rosea causes no negative side effects at the dosages recommended. In fact with much higher doses, toxicity has not occurred.

It does however appear to be pointless to go above the 650mg per day mark as no further benefits will be experienced above that.

The one thing to remember is that it has not be tested extensively alongside other pharmaceutical drugs, particularly anti-depressants. Therefore, until such data is out there, we would avoid combining it with prescription medication.

What Are the Best Products with Rhodiola Rosea?

For the gym training side of things we have found the perfect pre-workout supplement. It pretty much contains the ingredients we would include ourselves.

4Gauge contains a 100mg dose of Rhodiola rosea, together with 6000mg of Citrulline Di-Malate for huge muscle pumps. It contains Red Beet extract for even bigger swole action and a Caffeine-L-Theanine stack to get you energized and calm simultaneously.

The 100mg of Rhodiola goes even further because of those other ingredients.

It’s got even more than that too. 4Gauge is our favourite pre-workout supplement without a doubt.

Click here to read the full review of 4Gauge