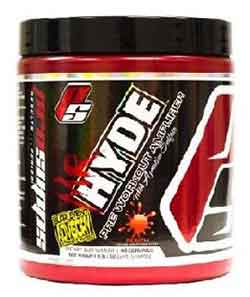 Like the rest of Pro Supps’ products, Mr. Hyde sports some very colourful packaging that (visually) sets it apart from the rest of the crowd.

It’s a pre-workout supplement designed to help people to get the most out of their gym time, but Pro Supps jazz things up a bit by describing Mr. Hyde as a “pre-workout amplifier”.

The promised benefits include:

According to Pro Supps, Mr. Hyde has been designed to be the most extreme pre-workout supplement on the market and will help users to shatter their weight training plateaus.

Pro Supps appears to have nothing to hide when it comes to Mr. Hyde. They provide a full list of ingredients along with all the inclusion rates.

Caffeine is a powerful stimulant that can boost energy levels and provide extra focus and the Caffeine Matrix contains three types. At 300mg, Caffeine Anhydrous accounts for most of the “matrix”.

It is absorbed quickly and gets to work quite fast. The rest of the matrix consists of Infinergy and Caffeine Citrate. Infinergy is a blend of caffeine and malic acid that is supposedly an improvement on normal caffeine, but further study of the ingredient is required.

Caffeine Citrate doesn’t really offer any advantages over other caffeine forms, but the effects kick-in more quickly. The Matrix contains over 400g of caffeine. That’s the equivalent of four cups of coffee; so it’s a generous dose.

How to Take Mr. Hyde

One (7.5g) scoop of Mr. Hyde should be combined with 8 oz. of cold water and consumed 15 to 30 minutes prior to working out. However, the formulation should not be taken within four hours of going to bed or be used alongside products that contain caffeine or other stimulants.

Customer feedback is a mix of good and bad.

“It definitely amps you up, but don’t stray too far from the restroom or you could end up in a mess.”

“By far the best pre-workout. Try it if you want to stack some extra weights onto the bar.”

“Just terrible! Makes me feel really sick and gave me belly ache. No energy boost. No gains. Try something else, I wish I had!”

“This stuff is awesome! I have tried so many supplements that do not work. This one does and there are no jitters or other unpleasant repercussions.”

Mr. Hyde is unsuitable for people who are under 18-years of age. It is also not recommended for pregnant or nursing mothers. People who have existing health issues are advised to seek advice from a doctor before commencing supplementation, as are people who are taking medication.

Pro Supps also states the product is not a suitable option for people who are more than 15 lbs. overweight, and point out it is manufactured in a facility that processes eggs, milk, wheat, soy, and shellfish products.

The product has a high inclusion of stimulants. If you are sensitive to stims as some customes will be, this probably isn’t the pre-workout for you.

Mr. Hyde is available in several flavour options, including Cherry Bomb and Cotton Candy. The available pack sizes are 15, 30, or 60 servings.

Customers who opt to purchase from the official website can expect to pay $35.99 for 15 servings, and a whopping $94.99 is they decide to go large and get splash out on the 60 servings option.

With prices like that, Mr. Hyde is not one of the cheapest pre-workout supplements on the market and Pro Supps does not ship products to customers who are based outside of the US. However, the product is also available from many online stores, including Dolphin Fitness (UK) and Xplosive Supplements (New Zealand). 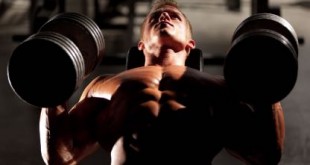