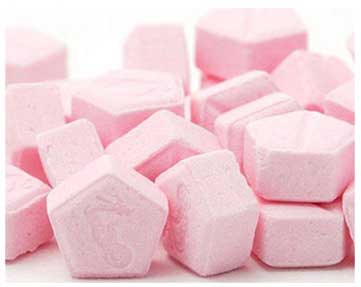 Methandrostenolone is an anabolic steroid. The majority of the time it is taken in oral pill form, so that its effects present themselves quickly. Due in part to its toxicity, however, Methandrostenolone cannot be tolerated for the long cycle periods that injectable steroids can. Therefore, it is generally accepted to be a powerful starter to a steroid cycle involving other compounds.

There is a less commonly used, though still popular, form of Methandrostenolone, called Reforvit-b. This is essentially an injectable form fortified with B vitamins. Though less impactful in the short term, Reforvit-b is potentially less toxic to the liver.

The steroid has many known effects, both beneficial and unfortunately acutely negative. While it induces rapid protein synthesis, glycogenolysis and muscle growth it is also liver toxic and can cause high blood pressure, gynecomastia, acne, baldness and more.

Methandrostenolone is widely known as Dianabol, or D-Bol, after the the original trade name it was distributed under.

D-Bol is certainly an effective steroid, but it has a few potentially serious negatives associated with its usage. The supplement industry is always researching safer alternatives. And, the creators of D.Bal.Max are no different.

The combination of anabolic ingredients in B.Bal.Max, including 20-Hydroxyecdysterone – a safe natural steroid compound – has been packed into each capsule to provide the user with maximum muscle growth results.

Available for purchase and delivery to almost anywhere in the world, D.Bal.Max is quickly becoming one of the most interesting and provocative supplements available at the moment.

We have written a full review of this product, just follow the link below to read it.

A Little History on DBol 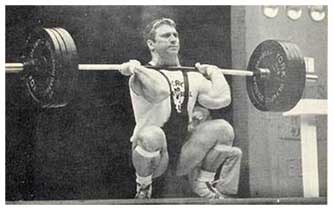 Testosterone had long held the position of the one and only steroid available to the medical community and indeed the athletic community until the 1960s. Its discovery and later synthesis was inevitably a simpler task than the steroids that followed since it is a naturally occurring hormone within the human body.

Methandrostenolone is widely considered to be the second steroid ever produced, and the first deviation from Testosterone’s structure. A company called Ciba worked closely with the US athletic team in the late 1950s and early 1960s to produce Dianabol so they could compete with the Russians who were already using testosterone to enhance their performance.

Other than olympic weight lifters, Dianabol was used briefly as a medication for women until it was quickly discovered that it had intense masculinizing effects. 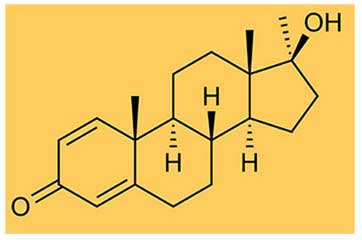 D-Bol, like all steroids, consists of a structure of interlocked hexagon rings. In this steroid’s case, the ‘A’ ring – the one double-bonded to an oxygen atom is altered to have two intrinsic double bonds.

This chemically altered state allows Dianabol to pass through the liver without being broken down completely, in fact it survives remarkably in tact. The passage through the liver means that it can be taken in oral form and still make it to the blood stream, making it somewhat of a double-edged sword as it makes it fast-acting, yet highly toxic to the liver.

This steroid is especially powerful in oral form and can start to exert strong effects within a matter of days. Considering that a course of D-Bol should only go to a maximum of about 4 weeks in order to avoid long term liver damage, the impact it has on body composition is quite strong.

Here are the main beneficial side effects of D-Bol

Bodybuilders will usually have taken D-Bol alongside injectable steroids that take a while to start having an effect. The Dianabol is therefore used as a rapid-acting kickstarter to a more comprehensive steroid cycle.

Negative Side Effects of Dianabol

Unfortunately the negative impact on the user’s health caused by D-Bol is quite extensive. There are numerous effects, ranging in severity:

The gynecomastia and water retention are estrogenic effects, caused by the aromatization (conversion) of methandrostenolone into estrogen.

Ironically, men experience the feminizing effects above, however, if women were to use this steroid they would be victim to masculinizing effects, such as body hair, deepening of the voice.

Caution – The use of Methandrostenolone is advised against, both because of its illegal status and the potent negative health effects it can induce very rapidly. There is no real way to predict how an individual’s body will react either. Often, the problems can present themselves in ways that are difficult to control.

When people do use this steroid, they must take it with a variety of other drugs such as Nolvadex or Clomid, which are Tamoxifen; the drug developed to block receptors from being bound with estrogen. 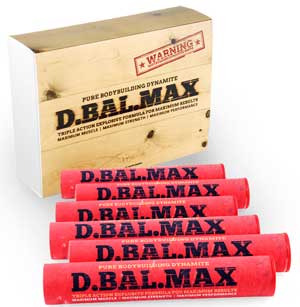 D.Bal.Max is a premium anabolic supplement which when used alongside a healthy nutrition and training programme can induce many of the beneficial effects listed above. The recipe ensures that there will be none of the concomitant negative side-effects however.

Using a scientifically researched balance of 20-hydroxyecdysterone and selected BCAAs, the formula works to stimulate anabolic muscle growth in response to resistance training.

Touted as a safe and legal substitute for Dianobal, you can read the review of D.Bal.Max by following the link below.

Noopept is the main brand name of the molecule n-phenylacetyl-l-prolylglycine ethyl ester, a nootropic drug …